My blog is suppose to be about retirement/seniors but it is mostly political simply because of the toxic atmosphere caused by the present political personnel. However, do not take the political atmospheric conditions as meaning it does not have anything to do with retirees or their tranquil lives. The retiree’s life is anything but tranquil knowing the storms from hell are approaching (new laws or discontinued laws) and hidden dangers are everywhere. Us retirees are being cloaked from the true facts of the turmoil that is before us. There is an attempt to shield us from hearing facts, truths and seeing the cause and effect of political actions and utterances.

Because of these actions (a lot of inaction) we have been hoodwinked into believing that we are better than before and will be even better yet. Don’t be fooled, like the slight of hand, what you see is not really what you see. Some of the endeavors of our present government have come to fruition and the most of it does not look good. I will only list a tiny amount of things that have happened which have an affect on us seniors/retirees.

First, patient dumping. Employees were video recorded wheeling a patient wearing a hospital gown, socks and nothing else, to a bus stop in front of a hospital on a cold, windy night. They left the poor woman there. Don’t ask why. This have been going on for a while but people now believe it is okay because of the new administration. Another is the fact we have heads of agencies that are not qualified or have a conflict of interest because they are either against the agency they head or have had opposing dealings before. One fact in point, a woman heads an agency but now is backing a company to do contract work which have a direct money deal with her. Our tax money at work, straight to her pocket. The rich get richer and us poor people get poorer. One last point is how we teach our children, grandchildren about the brashness of using vulgar language. How to respect other people, no matter where they are from or who they are. Not so for our President. He teach the usage of vulgar language and racist disrespect. So goes the President, so goes the USA. Don’t listen to grandpa or grandma, the President will show you and tell you the way to do it.

I am only saying one thing. Just because you are older now and think politics is a piece of the past, a thing you used to dabble in, think again. When your grand-kids tell you to ****. The President did it first. When you go to the hospital and your co-pay is more than you can afford and you get put out into the cold, the President said it is okay. When your roads and bridges or whatever is in disrepair but your tax bill keep getting higher, remember the President put that incompetent person in charge.

Politics is something we all should have a say about and keep saying it loudly. Because you are retired does not mean you give up on your rights or give up on life.

Lastly, I recently attended a commemoration of Dr. Rev. Martin Luther King, Jr. There were many non-residents in attendance in the Imperial Plaza’s auditorium which contrasted the poor turn out of the Imperial Plaza’s residents. There is a large Black community among the four buildings but, as usual, there was a very poor turnout of Black people for the program. The Black Mayor (Richmond) and Black Police Chief (Richmond) was in attendance and spoke to many people. Many Army personnel from Fort Lee were there and that reminded me that many people don’t realize a Black History fact. Afro-Americans have participated in every war and/or conflict there ever was in and for the USA including The Revolutionary War and both sides of The Civil War.

I have been getting a lot of hits and followers on this blog but, in case you don’t know, I have another blog at www.faithingodministries.net Hope you will also read and enjoy that blog. Let me know. 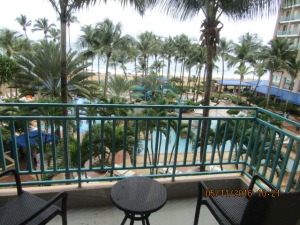 We are Americans who live by The Constitution, Bill of Rights and Common Laws. As a resident of Brookdale Imperial Plaza I have an apartment like any other place that have an apartment. At any place that a person reside, they are afforded the right to have guests at anytime that they may choose, as long as it is peaceful. I say this because it have come to my attention that a former employee of Brookdale Imperial Plaza have received a certified letter saying they can not come onto the property, even if requested or with a resident. I will have to look real hard at the law books on this one. Personally, I don’t think this is right unless a person have broken the law or something to that effect. If the letter is not legal, then it’s another case of a person trying to input their own policies.

Do not be afraid of people’s scorn, nor fear their insults. Sorrow and mourning will disappear,and they will be filled with joy and gladness. I, yes I, am the one who comforts you. So why are you afraid of mere humans, who wither like the grass and disappear? (Isaiah 51:7, 11-12)

Like the information about the ex-employee, I received another e-mail with the above Bible passage. It is from a blog I follow and it says what I feel. Why be afraid of people’s scorn… Like it have many times before, it will all come together in the end. That’s twice in a row I have received a Bible verse that directly reflects on what I am thinking at the moment.

This blog is much shorter than my others because I want my point to be clear. These are not the sixties and before that. People can go where they want and say what they want without fear of retribution. LEGALLY!!!!!

I’m back so soon because yesterday I was shocked by the going on here at Imperial Plaza, aahhh, I should say Brookdale formally known as Imperial Plaza (as the sign out front say).  I’ll get into that later because I want to mention my surprise first.

I was on my way to my birthday party, thrown for January babies by Imperial Plaza, and saw all of the employees going to the auditorium.  Nosy me had to ask why.  There was an impromptu employee meeting called and it was mandatory for all employees to attend.  I saw the “queen” leading the pack into the auditorium.  Later, I went to the wine tasting and, after a while, here come the “queen”.  I have never seen her at any of our functions and, for that matter, be at Imperial Plaza after three o’clock.  Believe me, I was in shock and everyone was murmuring, especially when she walked by tables asking how they were doing.  By the way, she never approached my table and I cannot honestly say it was on purpose.

I don’t know what took place at the meeting but I am sure I will be told next week.  I am hoping she has not threatened anyone because good jobs are hard to come by and I don’t want to be the cause of someone losing it.  Maybe things are beginning to change.  I’ll know within the next two to three weeks.  I see a lot of good improvements and, as I have discovered, these things were implemented last year, before the “queen” got here.

Some people would wonder why we were against the name change.  Welllll, there are several reasons with the main one being, seniors do not like change, no matter if it’s good or bad.  When musicians come here to perform, they play music from the twenties, thirties, forties and fifties.  Nothing modern, ever.    Then there is the fact that everyone knows Imperial Plaza.  I have tried to explain where I live by giving street names, etc. and no one could figure out what I was talking about.  As soon as I say Imperial Plaza, then everyone know exactly where I am.

All of this go back to communicate and, if you are not from the immediate area, negotiate and ask questions.  All of this is before implementation of a policy or change.  Why get residents riled up when you can have them on your side by simply listening and calmly communicating.  Communication is a two way street and should be used as such.

launches a project every month