There are always things to do, places to go, never let grass grow under your feet. Being a senior let you do many things that a working person wish they had the time to experience. Not only does the senior have the time to ‘Just Do It’, but there is the advantage to get the discounts that a senior have available. For instance, my wife and I decided to venture to the Water Front of Virginia Beach, Virginia since we now live here and it is not far away.

After our normal late rising (we go to bed late), which is around nine in the morning, we then decided to eat before going to the Water Front. We decided to see what taking the bus would do for us. It was great to try it and really better than I thought it would be. The bus stop was only a block away and it took about fifteen minutes to travel to the Water Front, with a stop at the First Landing State Park entrance.

One good reason that inspired us to take the bus was (1 the cost ($1) and (2 parking on the Water Front, if parking on the street can’t be found, the cost is $10 and up in a lot or $2 an hour in the parking garage. A dollar per person is not bad. We left the bus a block from the statue of King Neptune which is half way down the length of the boardwalk. There were many people on the beach, as usual, but we leisurely walked along the boardwalk enjoying ourselves, eating donuts from Duck Donuts and just being one of the tourists (we weren’t). We then decided to pay our dollar a piece and return by bus to our residence, Overture Virginia Beach.

After arriving, being hot, we decided to splash around in the pool. That is another thing being a senior does for you. Take your time and do whatever. Our whatever was to hit the pool. There were a few people in the pool or just lying around in the beach chairs. Life is great. The sun had really warmed the hot tub and pool but it was bearable. I just floated around while watching the boats on the Chesapeake Bay. I was out there fishing two days before and wanted to be out there again.

Thinking about the fishing trip, it was good, not great, because a small amount of fish was caught. Croaker and Trout was the only fish caught, I can hardly wait for Stripped Bass (Rock Fish) season to arrive. I had the fish filleted on the dock and for two day I ate fish for breakfast and dinner. I am becoming a hardcore senior. I just get plenty of sun, water and fish but I have to slowdown a little. It’s football season. It won’t matter soon because cold weather will soon be here which mean one part of my pleasures will be gone. The pool.

So, look at it my way. Being a senior is not bad and can be our type of fun. Take your time and ‘Just Do It’. Have all the fun you can when you can. Don’t slow down and let your age catch you. Keep moving, have fun doing it but ‘Just Do It’. 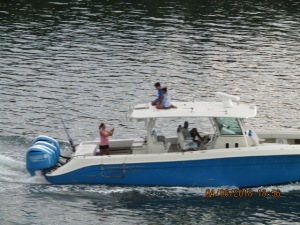 Must be having a senior moment. I inadvertently deleted this blog, now I am rewriting it with the hope it will be as good as the first writing. Then to top it off Facebook will no longer automatically post from my website. Oh well, such is life, stuff happens. Now, since I have vented and explained my frustrations, on with this week’s blog.

My wife and I were in the pool and hot tub as I was remembering the Hall of Fame football game that was on the other night. This is my season, live pro football but I also was thinking about what to write for the blog when it hit me. Life versus football, an analogy. Football, like all games, is, or can be, a metaphor for life’s achievements, it’s all a struggle.

Football is a team game with the quarterback as a strong helper to achieve the winning end result. However, all members of the team play a part, without them the end result is failure. Such is life with the mate as the quarterback helping the team member achieve whatever is the goal in life. Nothing will be achieved without the members of the team working in sync. The goal will not be obtained without helping each other getting around or through the obstacles that will certainly be in the way. There is always a struggle with aches, bruises, tears before jubilation.

Like the saying, it takes a village, so does the game of life, everyone plays a part to see the final goal and crossing it. The other members of the team (the village) help moving the obstacles so that the final goal is possible. They may not be the star but they are there to help. No one does it alone no matter how hard they try or how brilliant they are, there was help coming from somewhere.

Then, after the goal is reached the team will attempt to push you further, the one or two points that comes after the touchdown. Such is life when you reach your goal, you don’t stop there. There is always more in life as in a football game, they are both the same. Keep pushing until the game is over and the final score is posted, don’t give up on life.

Also, don’t diss your team as if you are the star and did it all yourself. Thank your quarterback as well as the other members of the team. Your pals were only on the sidelines celebrating as if they helped to achieve the goal, than your true helpers, the ones that had a shoulder for you to cry on. Those team members were there to give a helping hand when one was needed and did not make excuses and did not help. Those team members had an ear, listened and gave good advice then faded into the background so you could be in the light. Thank that quarterback that was there from start to finish because without one the game stops before it starts. Always remember your team especially your quarterback, the ones that helped you through life and made it possible for you to achieve your goal in life. 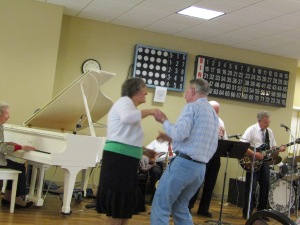 Amos 1:4: "But I will send a fire into the house of Hazael, which shall devour the palaces of Benhadad."