I’ve been thing about all the hullabaloo over climate change which made me wonder whether it is true or false and (I try to listen to my mind and body) what do I really feel about it. My mind, body, and soul say it is true. Not only from what the scientists say but from my own personal knowledge. I have been a person that look at things thoroughly, while in the military and out. I am also a person that depend heavily on things I learned through life.

What really got me to write about climate change was an article in The Atlantic by Chris Baraniuk about ancient flooding tales. The article was really good, and I could add more (I guess he could also), especially a few stories from the Bible (remember Noah’s Ark, to name only one). Through the years I have written a blog or two about catastrophes during biblical times (blog: www.faithingodministries.net).

Earth have been in constant change since its existence. Through my lifetime I have witnessed some of the changes. For one, the weather here is not like it was when I was growing up in the area. Some things are very minor while other things are dramatic. There are areas where the landscape is different and the coming and going of the seasons have a different feel to it.

When I was in the military in Germany, I had many German friends and I stayed in many German homes. I remember a man that was digging fencepost holes in his back yard when one pole went further down than the others. He had hit an old Roman grave, hit the corpse, flipped it before it stopped. The experts were called and verified the site, excavated and searched the grave before leaving. I knew the Roman soldiers buried their dead on the banks of a stream or river. The nearest water was about a hundred yards away which told me the stream had changed over the years. Things change, nothing is ever the same.

When I was a child my sister and I always wondered if it would snow for Christmas because most times it would even if it was only flurries. Now I don’t worry about it because it has become a rarity. I also remember, when I was stationed in North Dakota, my mother was telling me about a tornado that hit the area. I did not believe her. She had to send me the newspaper article before I began to believe. All my childhood I had never heard of, knew anything about, nor knew what a tornado was.

In the article by Chris Baraniuk, he tells how stories from elders around the world told of different land features and even lands that have disappeared. Upon extensive investigation, he and the people with him have found the tales from around the world were true. I have always said that people should listen to the elder person. Maybe that is what happen to Atlantis.

I personally do not think us humans will stop, nor can we slow what is happening to the changing world. Earth have been changing for far too long. Long live Mother Earth!

Earth is our home. A home we all must care for because there is nowhere else to go. Call it global warming or climate change, it’s all the same to me. Weather is changing and the change is like it have done for millions of years. Most of it is Mother Nature doing her thing but some of it is manmade. Humans are causing much of the destruction of many things which causes Mother Nature to rebel.

There are many people that do not believe nor understand this and there is nothing I can do to convince them. Back in the day things were different. I grew up with wood and coal stoves for heating and cooking. Only the rich had oil or gas for heat and cooking. However, I do not remember any warnings/alerts for smog or bad air. There is plenty of them today and it will get worse long before it gets better. We used and reused things and when it could no longer be used, we made it or attempted to make it usable for other things.

Those that do not believe in worsening weather must walk around with their eyes, ears, and nose closed. It is all around us and will not go away. The ice is melting at both poles. The fire season is getting earlier and earlier. More and more animals are becoming extinct because of the destruction of their habitat. Each year is getting hotter. There are earthquakes, tsunamis, heat alerts, haboobs (of which I thought was for the deserts of Africa, Arabia, India, etc. but is frequent in our southwestern states), floods, droughts, and volcanic eruptions, hurricanes, tornadoes, (just to name a few things).

Congress, on the other hand, will not pass legislation to correct what we can and the ones that have passed is so weak it just as well not be there. Not only must the USA get with realizing the danger, but the world must also come together and attempt to fix this problem together. America has its hands tied because the congressmen are looking for something for themselves. If they can not find a value in it for themselves or their party, they will vote against anything and everything.

As I thought about this article, I thought about what the world was doing to contribute to this problem. One problem jumped out at me and that is the Amazon. That area supplies the earth with so much, like filtering the air, exotic animals, exotic plants that have provided new medicines and other things, and so much more that I do not even know about. Yet slowly the Amazon is being cleared for crops, housing, and other things. Tribal people and animals are finding their living area is getting smaller as well as smoke from the burning forest is irritating.

So, don’t believe in global warming but this is the only world we know to live in. The earth, every so often, make changes. We cannot stop the changes, but we can stop the portion that is man caused. The starting point is to stop denying climate change/global warming. The rest of it is to go back to being green and doing what we can about the amount of trash we accumulate (Like all that plastic), etc. We must all do our part while we stop fighting each other about this. Global warming is real. 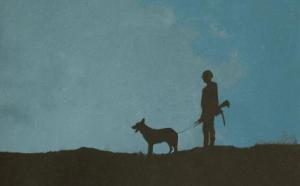 Thinking about the future, especially the upcoming months, the upcoming years, I cringe. I know I will make it through, one way or another and I don’t have too many more years of life left but what about the family? The young ones. What will the future look like for them? I don’t know about your family, but my family is not thinking about anything in the future. They do not have any idea what may come, nor do they care. Most young people only think about the here and now. Never tomorrow. Let tomorrow take care of itself.

I am thinking about what is happening in politics. Anything and everything can happen in politics that will have an effect for many years to come. Then there is climate change. The earth has always been in some sort of change and now is no different. I care not that it is called climate warming, climate cooling or whatever the name experts can call it, the earth is and will change. I care not that the President or his people or anyone else say there is no climate change, that is their opinion and they are entitled to it. Then there are the forest fires. Too many to count and they are everywhere. The earthquakes and tornadoes and volcanoes and tsunamis and rising waters and…

I, for a long time, wanted to live on one of the Caribbean islands until storms started tearing them apart. I changed my mind and realized that when a storm hit there isn’t a place to go. Plus, the coral reefs are dying, and the oceans are rising. At least, on the mainland, I can attempt to run somewhere. The islands are beautiful now and most have weathered the storms well but what about five years from now, ten years, twenty years from now? I may not be here to see it but the young saying the earth is not changing will.

Weather during my childhood in Virginia is nothing like now. The first time I saw a tornado I was in a military school in the late ‘60s. Now, in Virginia, it is not unusual to have a few per year, something I have never heard of during my childhood. Earthquakes are on the rise in Virginia. That is another thing that I didn’t know about during my childhood. Yet, my government say nothing have changed. I guess they think I am stupid and will believe everything they tell me.

That was a little, very little, peek into what have been on my mind and I have not gotten into politics. This week I’ll leave it alone because to write what is on my mind will take a couple of pages. Politics is also one of the biggest things that is changing the world. I, personally, do not sway to one side or the other. I go for whom I believe is better than the other or who is the better of two evils. So, I will not go further except to say we may be in another war soon.

I won’t be here when the stuff hit the fan (unless it will be soon) and there isn’t a thing I can do for the family I leave behind. The world has been here a very long time but at many different stages of climate and solid earth conditions. Be prepared because it is coming, and you can’t stop it. 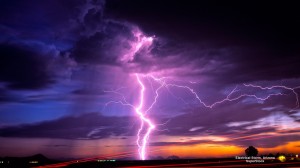