I am a pro-football fan. I watch every game I can every week. I seldom watch college football, not because I do not like it but there are so many and those that I would like to watch is not on television. I do not get into techniques or coaches, the politics, nor do I know most of the players and their bios. I just like to watch the game and, yes, I have a favorite team. I also seldom watch the talking heads, the television analysts. I cannot tell you why, I just do not. Some say, especially my wife, I am not a true football fan but, to me, I am. I just love the game in my own way.

My wife keeps asking me to go to a stadium to watch a live game. I do not want to go. I have tried to explain to her that I can sit in my mancave, relax, be warm and cozy, have my food and drink when I want it without any hassle, and if there is rain, I am dry. Another thing, I can watch a replay of a flagged call as many times as I choose, and it will be a close-up.

As far as the Jon Gruden case is concerned, I knew it would be a matter of time before the bad actions of a coach came out. In my mind, I knew some coaches has said what he has said and done in their hearts also. Jon got caught from another investigation. If not for the other investigation he would have never been caught and would have continued. He is not the only one, he just thought others thought the way he does and would accept what he wrote. They did but kept the messages that was finally read by others that eventually outed him.

Many, many times I want to say something about a lot of things, but I keep it to myself. If I am the only one that know, I cannot be accused of saying something that will bite me in my rear-end. If people think good about you and you have another personality that is not shown, do not write it nor say it, keep it to yourself and not a single person will be the wiser. Jon Gruden should have kept it to himself. 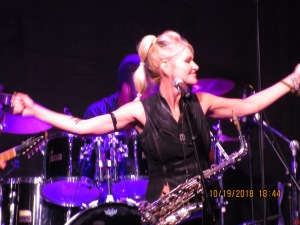 I will gently touch a subject that have many twists and turns. I will lightly touch on women that want equality in all fields that men usually have. Fields that, all my life, have excluded women for several reasons. Most reasons were not to brashly exclude women but was to protect the gentle woman. I agree that some jobs women can do. I agree women can probably do as good as a man or better than a man. I will only explore a tiny portion of the situation.

A friend and I was talking and somehow the comment arose about the many females working and very few men. We were talking about stores, restaurants, gas stations, etc.  I wanted to know where the males were. My friend stated that the men were, maybe, home while the female made the money and took care of them. The same can be said about the country.

For many years, in the military, women sewed clothes, cooked and nursed. Women slowly got other jobs. Here in the modern era, women loudly protested and received jobs other than combat related. Women loudly protested again and received jobs closer to combat duties. They did well. None have been captured by the enemy (I shiver thinking about what they would have to endure). There are many situations that I would not want a woman involved in. That is only one situation. They are now in combat roles. On the ground, at sea, in the air.

Look at sports. There is an NFL referee. There are women sports announcers, writers and analysts, just to name a few positions. There are women amateur football teams, but they want to play with the men, against the men. This is also true in other sports. I would allow them to play against each other, but not against the professional men’s team. That would be like an NFL team playing against a high school team.

I am not against women equity. I am looking at what is happening and what could be. The world is messed up. Men are becoming weaker. Doing much less than they used to. Women are doing more. It has become a situation where, sometimes, I wonder if it is a woman or man doing a job. By that I mean years ago I could see someone from a distance, and I could tell you if the person was male or female. It is difficult today. I can be close, wondering if I should use a male or female pronoun, he or she. Men dress as women. Women dress as men. Hair styles are something to behold. Many are wanting gender transformation. Many are on the ‘down-low’. Be quiet when you speak about them or find yourself in court. They would love to sue you.

Women can not do everything a man can. A man can not do everything a woman can. They were both made differently. Their body functions are different. Medically, they are treated differently because, internally, they are different. I am not saying women should be paid differently. I am not saying jobs should be doled out differently. I am saying men and women should understand that they are different. They should understand they can not always do what the other does. It does not mean there is an attempt to hold a woman down or a man down, it means there are things one or the other will have difficulty accomplishing. This is not inequity, it’s common sense.

Thinking about the fiasco surrounding the NFL; the kneeling situation. I am dissolving my cheering for my NFL team, the Dallas Cowboys. Why, you may be wondering? It’s not what the team did, kneeling during the national anthem, it’s Dallas’ owner who is in the president’s pocket by saying the team will stand or not play. He was one of the president’s largest contributors which is also a mark against him. Strike two.

Kneeling was never against the flag but against inequality. Against everything except the dishonoring the flag. Not once have anyone said anything about the flag or anthem, they wanted to have their voice heard, to unify. But, someone, somehow twisted the message and that was heard loudest. This will free-up time on Thursday, Sunday and Monday.

Also, bundled into this is the thought of burning, throwing away or rendering unwearable all the team gear that was collected over the years. Many have already sacrificed all the gear they have but the NFL and the team already have the money, what’s the point. I’ll keep mine but I’ll stop cheering.

Did you know that the president is so knowledgeable and have so much respect for the flag that he did not know what the music was before lowering or raising the flag or what it was for? Nor did he know what was to be done when the music was heard, etc. But, he is down on everyone about respecting the flag yet, in the beginning, he did not know it was never about the flag. What is to be done to the people that burn or stomp on the flag? I wonder.

As for the retiree/senior citizen, have you heard that the president have signed a proclamation to suspend funds to supplement healthcare for low income people? That it will mean is either higher cost for healthcare or higher cost of health insurance or both? As of yet, I am not affected yet because I am a military retiree but I am holding my breathe because this president may have other tricks up his ?/&**$# sleeve. I don’t trust him, don’t believe him nor have I ever. Any and everything touched by President Obama will be stricken, regardless what it is or whether it hurt people or not.

Moving on to my travels, a retiree’s privilege. This time my wife and I took the Sunshine bus tour to Cass, West Virginia. We stopped at the observatory and had lunch before going to Cass, WV. From a distance I took pictures of the large dish and the small dish but other than that there wasn’t much to see. Then on to the train.

This was a small locomotive that ran up and down the mountain pulling four open sided cars (from Cass to the tourist station at the top) and while at the top another train arrived from the other direction. It was interesting as well as fun. A good day and that was last week.

This week, Brookdale Imperial Plaza took the weekly outing to Charlestown, West Virginia, the Charlestown Casino/Racetrack. This was an overnight trip because the horse racing is always in the evening. I did okay in the casino but lost my shirt on the horses. It is all about having fun and spend only what you can afford to lose. Never go to the casino expecting to win because you may win a little but the odds are against you. My wife and I had a good time and in two weeks we will be at the casino in Delaware before continuing on to Connecticut for the casinos there. We have not been in either place in a while but now is the time to go, this is before our next cruise which will be in December. Therefore, in two weeks one or both blogs may not be uploaded. Fun first.

Get out the house, get out of town and have fun. You may be here today but tomorrow is not promised. See ya!!! 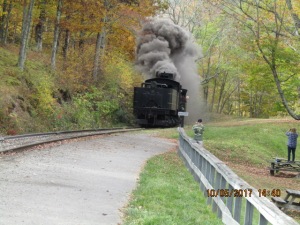 Psalm 92:7: "When the wicked spring as the grass, and when all the workers of iniquity do flourish; it is that they shall be destroyed forever."