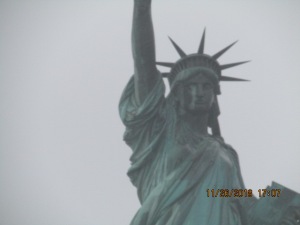 The other day I talked to a young man and I barely understood what he was saying. I know I am an older individual and my hearing is not getting any better. In fact, it is getting worst at each check-up. I was given hearing aides to help my tinnitus and hearing loss. However, I heard him perfectly, it was the way he spoke. I speak English and two other languages but I have a very hard time understanding badly spoken English (broken).

Here is the problem, it seems that today’s young people believe it is okay and very hip to speak that way. I, of course, do not. Sorry. I guess I am old school but think about this. A few other countries speak English as their language. There are a few other countries that speak English as a second language. There are many countries that have a law that require English to be taught in school, from beginning to end. Broken English is not taught or spoken in any country that I am aware of. Then I must ask the question, why does so many people speak broken English?

English is taught in American schools and a degree can be obtained in college, university. I was in radio and television and I know very correct English must be spoken while on the air. I also know that correct English must be written for all professional media forums. Broken English is forbidden and frowned upon in any form. I attempt to write correctly although at times I fail. I want to be understood because I am aware my blog is in ethernet and can be seen by anyone anywhere in the world.

These people that use broken English, in media form as well as face to face, really believe they are fashionable, understood and there isn’t anything wrong. These same people may one day try for a higher job position and wonder why they were passed over. CEOs do not hire people that may present a poor image and language is one of the deciding factors about which the CEO base on whether to hire or not. The resume is another and if it is filled with writing errors, forget being hired for the job.

The educational system has jumped onto the bandwagon and have acquiesced to the point of students using block letters instead of cursive letters. Will banks accept checks that have a signature using block letters? In writing other things, are block letters a signature? I remember being with the grandkids at a mystery house, looking for clues that will lead the way out, there were many clues that I could read and they could not. The clues were in plain sight but in cursive writings. I showed them, but they still could not read it.

I also remember asking about the content of a speech and not a single child could explain what was said because large words were used. However, a rap song was on the radio, I could barely understand the words, but the kids could understand each word. Language is everything and we, as a nation, is losing our language as well as other very important things. Once this older generation is gone, the younger generation will, among other things, lose this nation’s language and capability to write. Only a few will be able to do the things that make our nation unique from other nations. Something that have been existence from its beginning.

As usual, my wife and I went on another trip (casino/horseracing), this time to Hollywood Casino in Charlestown, West Virginia. We drove from Virginia Beach, Virginia to Imperial Plaza Senior Living in Richmond, Virginia. I ate breakfast with some old friends, went around the place greeting other old friends. We boarded a bus with the group that was going to the casino and had a pleasant trip. We stayed overnight because horseracing is always in the evening, and that was a lot of fun. We returned before the rain hit and got a hotel room in Richmond.

That same evening, we had a birthday celebration at Outback and had a good time being with a daughter, her husband and three daughters. The food and shenanigans were good which made me really miss seeing them as often as we used to. After saying our goodbyes, we went back to the hotel and I started reading messages on my pad.

The more I read the various messages, the more my mind kept straying to the English language structure and what I was reading. It seems that young people think it is so hip, cool or in fashion to misspell and/or butcher the English language. It is now natural to write in a bad way or to shorten a sentence or word. It is funny to them to write in such a way as it makes a normal person (senior citizen) cringe.

I know cursive writing is not taught in school these days. I’ve been retired from employment for a while and I wonder what employers think about this or are they making amends? I also wonder about banking; are banks making amends? What about misspelled words in the work place (ex: ‘your’ instead of you’re’)? In government as a whole? I remember, when I was in school, a child was graded on penmanship. Not anymore, I guess.

Today, young people write as if they are texting and must minimize the number of letters that are used in a message. Then, after all is said and done, it is a habit as well as ‘cute’, make them stand out among their peers. A few young people have tried to quantify the usage of such writing and have even suggested I should do it because it the way it is done now. I can not see myself putting a ‘z’ in place of ‘s’ or writing shorthand for words.

My own personal thoughts; the USA educational system is going to hell in a handbasket. I have asked college students common, easy questions and can not get an answer because they do not know. They have no idea what I am talking about. Something I knew in high school years ago. I have talked to high schoolers about things I knew in elementary school, they had no idea what I was talking about.

We, as Americans, supposed to have or want to have the best education system among all nations yet we are under-educating our children and putting up with the bad habits that they show. Why? What is the reasoning? Some say that they must try things on their own and become adults. They can not become adults and know right from wrong if they are never taught the right way and the continuous bad way is tolerated. We as older adults and the teachers and the educational system are doing our kids, our future, an injustice. Many other nations are not surpassing our system, they have surpassed our system. Our young people have been dummied down and will stay that way because I do not see any plans to change this. 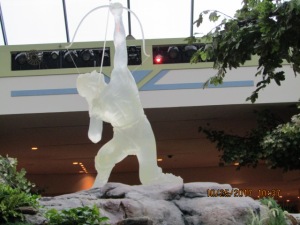 I have neglected putting out my blogs for good reasons. It is not because I am lazy (some may argue that is the case but I’ll never waver) but have been busy with my MPP (Mighty Pen Project) classes and with the board of the MPP. I am also getting together (finally) the website for the MPP that will give much more information than I could give to you here. As you know, it is geared to all active duty military, ex-military and the families and/or friends of each service. To go further, in case you have not read my other blogs, it is for writing. These papers can be for memoirs, books or just plain getting things off your mind. The course is a once a week, ten week class taught by an instructor from a college, university, etc. In other words, this is a free college level course Who can argue with FREE?

How can this be free? That is where the Virginia War Memorial come in. With their help and guidance, we have come a long way. Now we have our own board and is attempting to function (some day) on our own. I have the task of setting up the website and keeping it running. A daunting task, to say the least. I hope to premiate myself by accomplishing this in a very expeditious manner. Wish me luck and the fortitude to carry on.

As far as Brookdale’s Imperial Plaza is concerned, it is slowly but surely moving right along… making people angrier and angrier along the way. The director (I should say “ex”) is no more. She was fired (she say she left on her own) but the rumor mill is really humming. I strongly believe the rumor mill (I have my sources). I will not say what those rumors are because, if wrong, I could be charged with slander. There is enough going on that I don’t want to be in the middle and end up on the wrong end of the spectrum. I have not seen nor met the lady that’s holding down the fort until a new director is named but I hear she is nice. I don’t remember her name but I do know she is from another facility that is in the Brookdale family. And, I want to add, people are not happy with the changes at the Magnolia Room or any of the dinning rooms, to be exact. Like I said before. People are always against change, whether good or bad. It doesn’t matter.

I am also a member of the grounds committee and, just think, I am suppose to be retired. I am doing more now than when I wasn’t retired. I guess being busy does not give you time to think about your age. I think about it every now and then and cringe. Personally, I think the two guys that do all the grounds work does not need anymore supervision or oversight than they already have. They do a fantastic job. I’m one that believe in the saying “if it’s not broken, don’t try to fix it.” I am told that I am expected to attend the different building gatherings in order to get their input about what they want done on the grounds. NOT!!! If it ain’t broke, don’t fix it plus I don’t have the desire or time to commit to such an endeavor.

Anyway, I’ll try to keep the blog going. I have so much coming up. A trip to Puerto Rico, a cruise, a trip to Colorado and, of course, the casinos. Add to that the MPP and I should finish my classes by the end of March. I forgot the Neighborhood Watch program, I am committed to that also. In order to be a good neighbor, commit your services to the neighborhood. If we all did a little, crime would be at an all time low.

writes a short story every week

Isaiah 54:17: "No weapon that is formed against thee shall prosper."