In this week’s blog there will be metaphors for a few things that is happening in politics. Some will agree with me and some will disagree, so be it. For a long time there have been a phrase uttered about the people in the White House (children’s zoo) that, if you metaphorically look at it, it is, some would say funny and, some would say true. Maybe it’s both, I have my own opinion about the entire thing. The way I will put this, it’ all like children playing or acting out.

The Speaker of The House told the President of The United States that he could not give the State of The Union address because of security concerns. Because of the government shut-down the usual security is too thin and what is left cannot protect all the important members of every branch of government that will all be in one place. The response is the Speaker of The House and her delegation cannot use a government plane for a trip. That is like two kids playing marbles and one kid gets mad and take the marbles and go home. Then, to get even, say ‘I’m gonna tell on you’. The President spilled the classified travel details before anyone could take another plane.

Then there is “whack-a-mole”. No one have contact with the special prosecutor. No one either speak with him, know where he is or where he is going or what he is going to do. The media and the administration are so used to knowing everything about everyone, to be able to whack them down if they seem to get to high, that the prosecutor perplexes them. They keep trying to out think him and his team just to find out they are wrong.

Then there is the game I played when I was in school. The teacher would whisper something in the first student’s ear. By the time it gets to the last student, what the teacher whispered is completely different. That is similar to what the President and his lawyer is doing, or it seems so. Something would be released to the media and almost immediately the President, his lawyer, and his administration will put their spin on it. How can such rubbish be believed when there is proof to the contrary?

Have you ever asked your child if they have completed a task and later see them hurrying to complete it before you find out they didn’t? The President just made an appearance at a combat zone base because there has been criticism for not doing it. Some military people have done three or more tours in combat zones with the Commander in Chief making one in two years (bone spurs?).

There is more, however, but I will leave it here, I don’t want to madden people more than they are already. I know I anger people because I speak badly about the President and the no experience administration, but I don’t care because everyone has their own opinion, and this is mine. And, I wrote no experience administration because most people hired by the President are hired because they agree with him not because they are experts, they are not.

Anyway, have fun in the ‘kiddie korner’ and keep your fingers crossed that things will eventually straighten itself out and get back to an even keel. Any writing suggestions, contact me. Don’t forget to read my other blog at www.faithingodministries.net and pass it and this on. I need many more viewers to continue writing the blogs, they cost too much for the number of readers that I have. 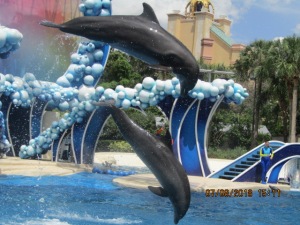